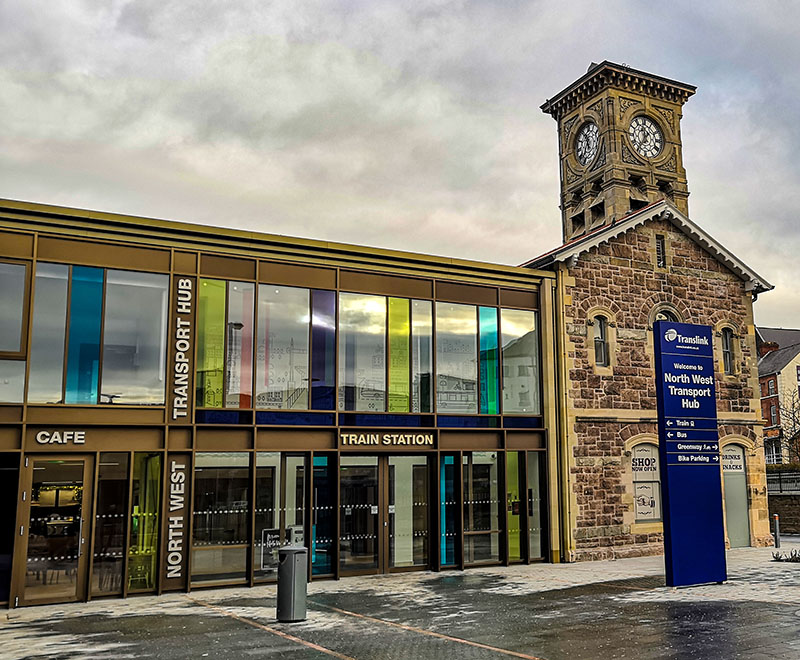 Trains in Derry are operated by Translink and run every hour between Belfast and Derry with stop in key locations along the way.

The train station is known as the North-West Transport Hub, which is located at the former Waterside Train Station, a Grade B-listed building that served as one of the city’s main stations for a century before closing in 1980.

This Victorian Railway Station was built in 1874 by Belfast & Northern Counties Railway, it was one of 4 stations in the city and is now the only one that still exists. It was damaged by bombs forcing it to close in 1980 and be replaced by a smaller station. In 2019 after extensive refurbishment and upgrade the line was moved back to this station.
More Details: https://www.translink.co.uk/, Timetable Derry - Belfast, Timetable Belfast - Derry