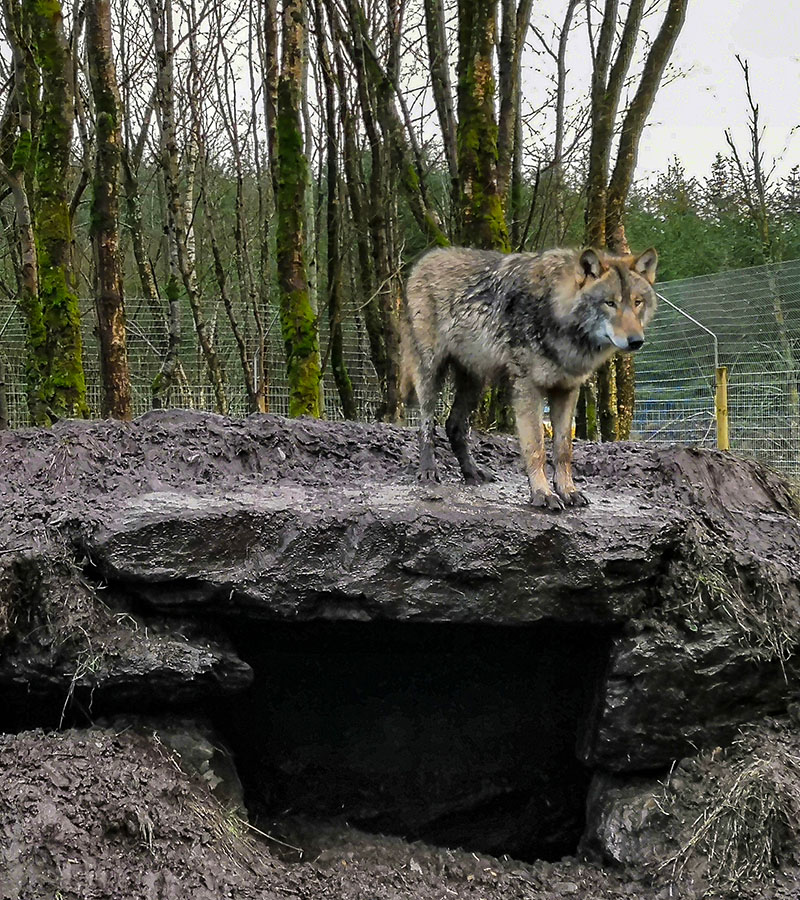 Wild Ireland is a wildlife sanctuary in Donegal on the Wild Atlantic way right on the border with Derry that is open to the public to view. Since Wild Ireland is primarily a wildlife sanctuary, it is more than a place to just view animals like at a zoo, they also educate people on the plight of wild animals across the world and give mistreated animals a home. Wild Ireland hopes to encourage people to be more interested in preserving wildlife and woodland. There are activities for children too including a fairy trail around the forest, tales of ancient folklore and a play park.

Today the amount of wild mammals in Ireland has been reduced considerably but in the past Ireland was covered in woodland and the ancient woods of the northwest including the oak trees of Derry would have been full of a diverse range of animals. The main purpose of Wild Ireland is to provide a sanctuary for animals that once lived in Ireland but don’t anymore.

Some of the Animals in Wild Ireland 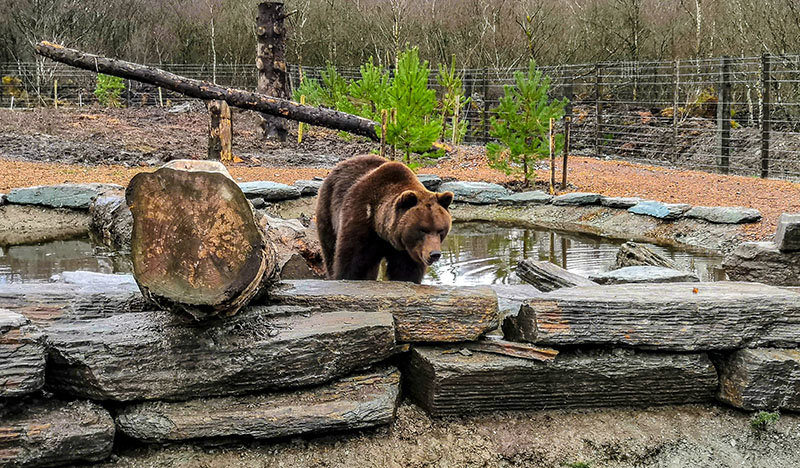 Brown Bears would have once lived in Ireland but after years of deforestation and hunting they went extinct in Ireland around 2,500 years ago but its suspected that they may have lived on longer in isolated mountain areas. The 3 bears at Wild Ireland were rescued from a small dirty cage in a museum in Lithuania and now can be seen happy and playful in their new home. 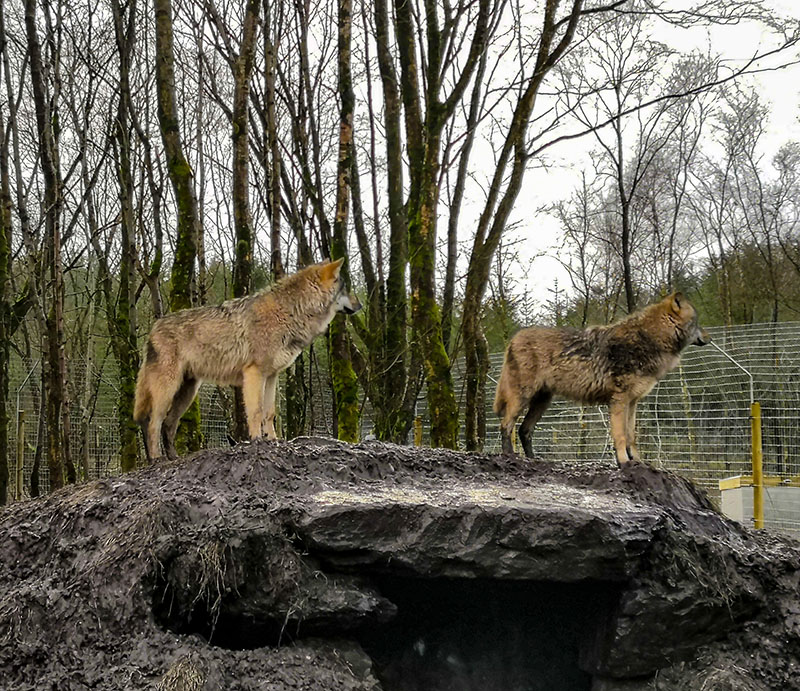 Wolves came to Ireland fairly late in the 7th century without competition from the brown bear they would have thrived fast. As the forests of Ireland became farmland the natural sources of food for wolves became scarce so they increasingly preyed on farm animals. People developed several ways to combat this including breeding Irish wolfhounds the largest dog in the world, which was used to protect animals and hunt wolves. Starting with Oliver Cromwell in 1652, wolves were intentionally eliminated from Ireland and the last one was killed in 1786. They have now returned in Wild Ireland and seem to enjoy posing for pictures on the rock at the front of their enclosure.

Not much is known about Irish Lynx the wet weather in Ireland leaves little trace of any animal that died in the open, unlike bears and wolves the remains of the Irish lynx are unlikely to be found in caves. The first remains of an Lynx were found in 1934 that confirms they lived in Ireland and they would have thrived by hunting hares and red deer, so it’s likely they were widespread. The fact that there is no written records means they likely went extinct from Ireland thousands of years ago although they are sneaky and secretive so they may have survived to fairly modern times.

Wild Boar were once abundant in Ireland and since the liked acorns they would have been lots in this area. Many place names in Ireland are named after wild boar, ancient Irish warriors killing one was often considered a rite of passage and they appear often in Irish stories. There have been attempts to reintroduce the boar to the wild for hunting, this is problematic as they have no natural predators in Ireland now and can be aggressive or harmful to the environment in large numbers.

Monkeys are generally associated with tropical climate but barbary macaques are known to live in much colder climates including Ireland. A significant number were discovered in Navan fort in Armagh but they were likely being kept as pets. In the wild barbary macaques are under immense pressure from poachers, they will kill an entire troop just to catch a couple of babies to raise as pets, to perform in circuses or pose in photographs with tourists. The barbary macaques at Wild Ireland were rescued from the pet trade and lack the skills to live in the wild so Wild Ireland gives them a sanctuary were they can live happily.

Red Deer are the last remaining native deer in Ireland, they are woodland creatures but due to deforestation they have had to adjust to open mountain terrain with few trees. The last herd of red deer in the wild are at National park in County Kerry. They were nearly hunted to extinction and deer were brought over from Scotland to prevent that. When Ireland was once covered in forests red deer would have thrived all over Ireland and were an important source of food for the larger carnivores like wolves, bears and lynx.

Wild Ireland is the closest place in Derry for animal lovers, they work hard to keep the animals in a place close to their natural habitat and a lot of their animals were rescued from terrible conditions. It might be a little out of the way but its well worth the trip to support their work and learn about the plight of animals in the wild. There is a giftshop, it is accessible for prams & wheelchairs, there is a car park and you can bring lunch or a picnic with you just don’t feed the animals. It may be required to book in advance of arriving so always check for the most up to date information before arriving.