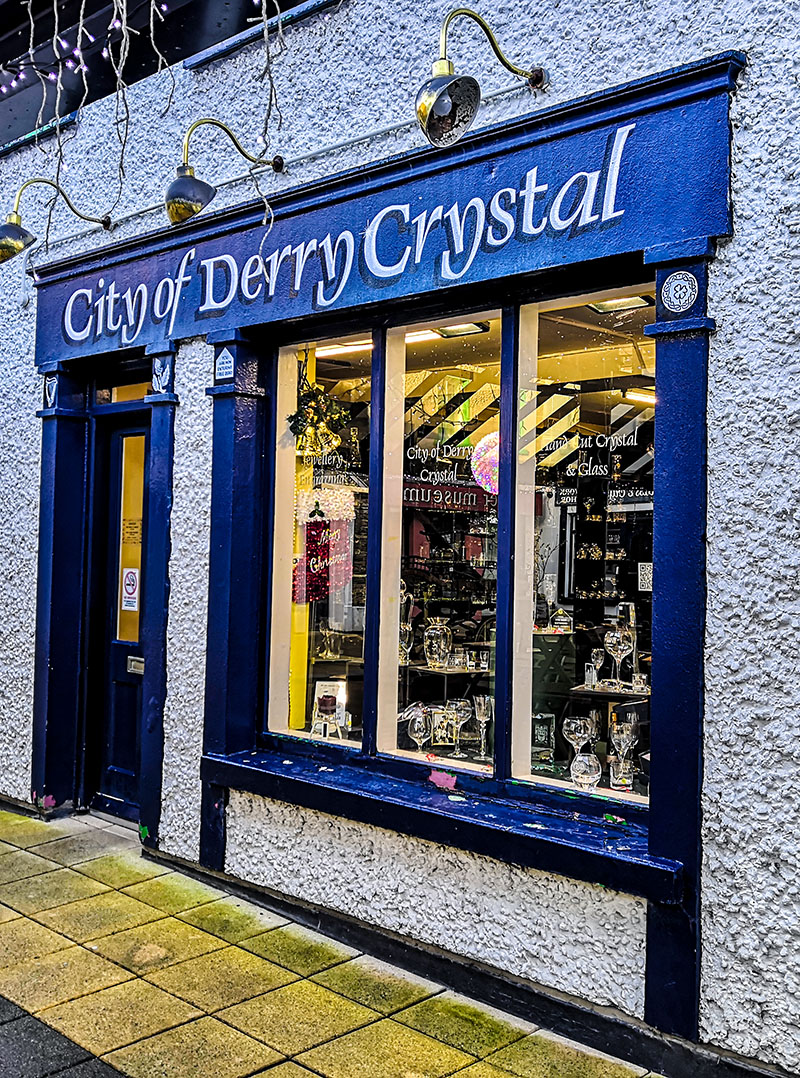 City of Derry Crystal is situated in the beautiful Derry City Craft Village, which you can take a virtual tour of. It’s well worth a visit, particularly in the summer months, when there are informal music sessions in the square. There are many other talented crafts people trading in The Village too.

The Craft Village is a reconstruction of an 18th century Street and 19th Century Square, it has a mix of craft shops, souvenir shops, balconied apartments, coffee shops and a licensed restaurant. There is a thatched cottage and the square has a canopy, which are used to host local community and cultural events.
More Details: Offical Site, Facebook, Craft Village