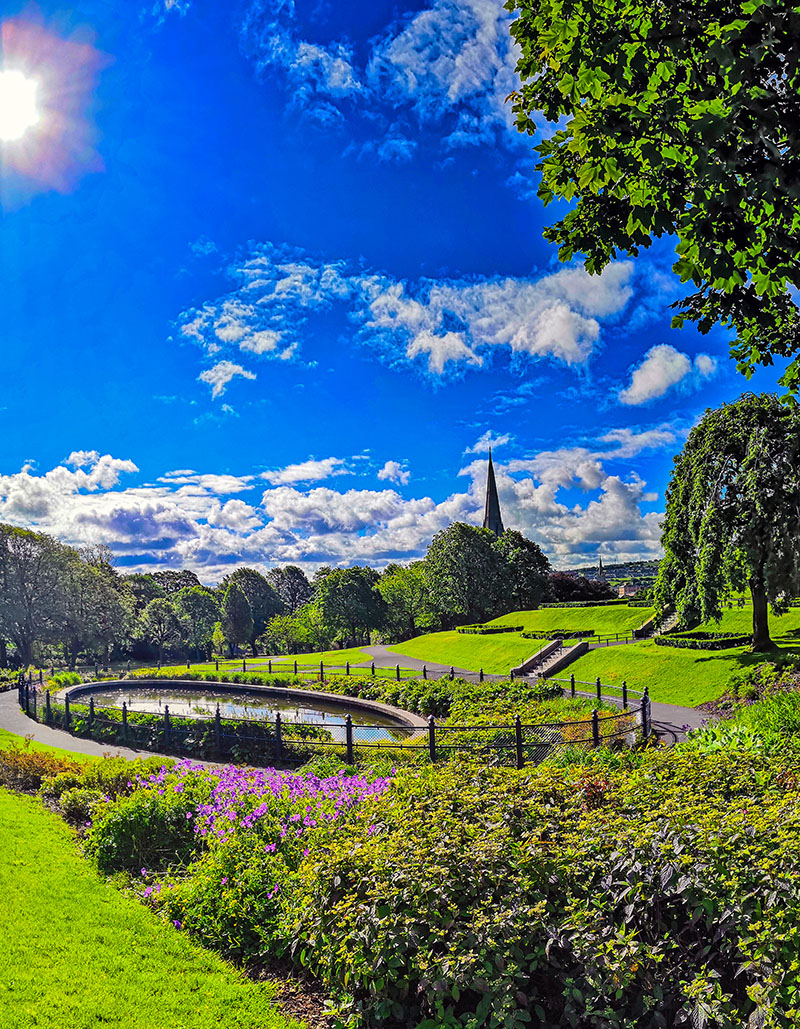 Brooke Park is a 8 hectare public park located 1km from the city centre, it is on the site of the first orphanage in Derry. The orphanage was built because John Gwyn, a successful linen merchant, left the majority of wealth to establish it.

‘as many male children of the poor or lowest class of society resident in and belonging to the city of Londonderry and the precincts around the same, as hereafter described, as the said funds will feed, clothe, and educate, orphans or such children as have lost one of their parents always to be preferred.’ Quote from John Gwyn

The site which contained grass terraces, a rose garden and orchards was purchased in 1839 for £200 by the trustees of his will, and in 1840 the orphanage was opened by Richard Ponsonby(Protestant Bishop at the time). The orphanage was closed after about 50 years but the building remained and was many different things until it was demolished in 1986, a lot of the features remain such as the lower paths and the pond.

In 1865 James Hood Brooke, a Presbyterian philanthropist died and left a considerable sum for in the words of his last will and testament

‘a place of outdoor recreation for the citizens of Londonderry, and to be a place where in particular the working man could enjoy on the Sabbath day his pipe and a pleasant walk or rest after the labours of a severe week’s toil.’

The money from his estate £9,100, was placed in a trust fund but work didn’t begin on the park till 1897 when with financial assistance from the Honourable, the Irish Society, the land of the former Gwyn Institution was purchased and an agreement was formed with the Londonderry corporation to maintain the park. The gardens of the Gywn Institution were mostly retained although changes were made to make it more suitable for public use such as a lot of the walls being removed, new entrances and new foot paths. In 1901 the new park opened and was named Brooke Park after James Brooke and is often known as the people’s park.

Over the next century the park and the former Gwyn Institution building had many uses and the park had important visitors. In the early years it was a much cherished space in the city which many high profile civic functions, in 1903 King Edward VII and Queen Alexandra visited the park and planted trees and during this time the Gwyn Institution was a museum. During the first world war the building was used by the military and the park was used for food production, during the second World War it wasn’t used for food production but most of the railings, standards, cannons and railings were requisitioned for the war effort. 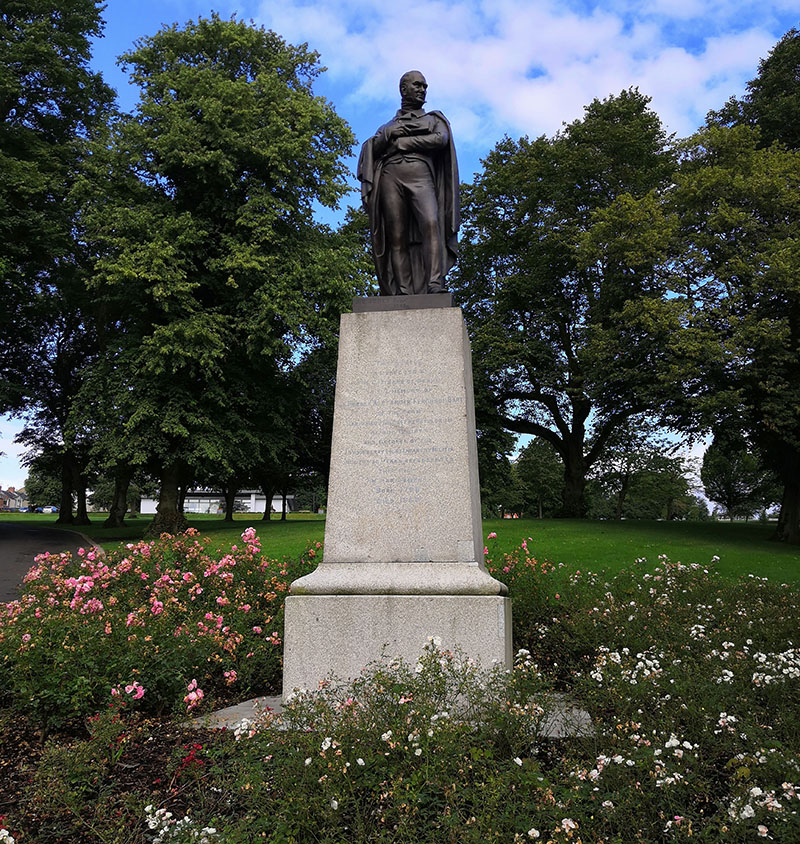 Statue of Sir Robert Ferguson, Local MP from the 19th century, relocated to here in 1927.

After the World Wars the park was used for many concerts and events, the park was very well maintained and remained beautiful. It had high profile visits from King George VI and Queen Elizabeth II, the park was well used and the building was used for a library with exhibition space.

During the late 1960s the park suffered because of the social unrest as did most of the city, the army occupied part of the building, they were active on the grounds and much of the vegetation was removed for security reasons. In 1973 the building was bombed and left derelict until it was demolished in 1986. Some initiatives in the 1980s were launched to try and restore the park to its glory days but fell short and the park suffered from anti-social behaviour and poor maintenance.

Work on a major regeneration of the park started in 2000 by Derry City and Strabane District council with help from the Heritage Lottery Fund, after much consultation with local residents and a long term management plan being developed, work on the first phase began in 2012. Full restoration started in 2014, which meant the park the park had to be closed for more than a year, it reopened in 2016 but restoration continued until 2017.

Brooke Park is now well on its way to returning to its former glory. A lot of the vegetation that was destroyed has been replaced and more are being added all the time; the oval Victorian pond has been restored; there are new facilities including a café known as Gywn’s Pavilion(on the site of the former Gwyn Institution), a children’s play park & football pitches and the gate lodge has been repurposed into exhibition space. It is now one of the best places in the city to spend a sunny day or a place where ‘the working man could enjoy on the Sabbath day his pipe and a pleasant walk or rest after the labours of a severe week’s toil’