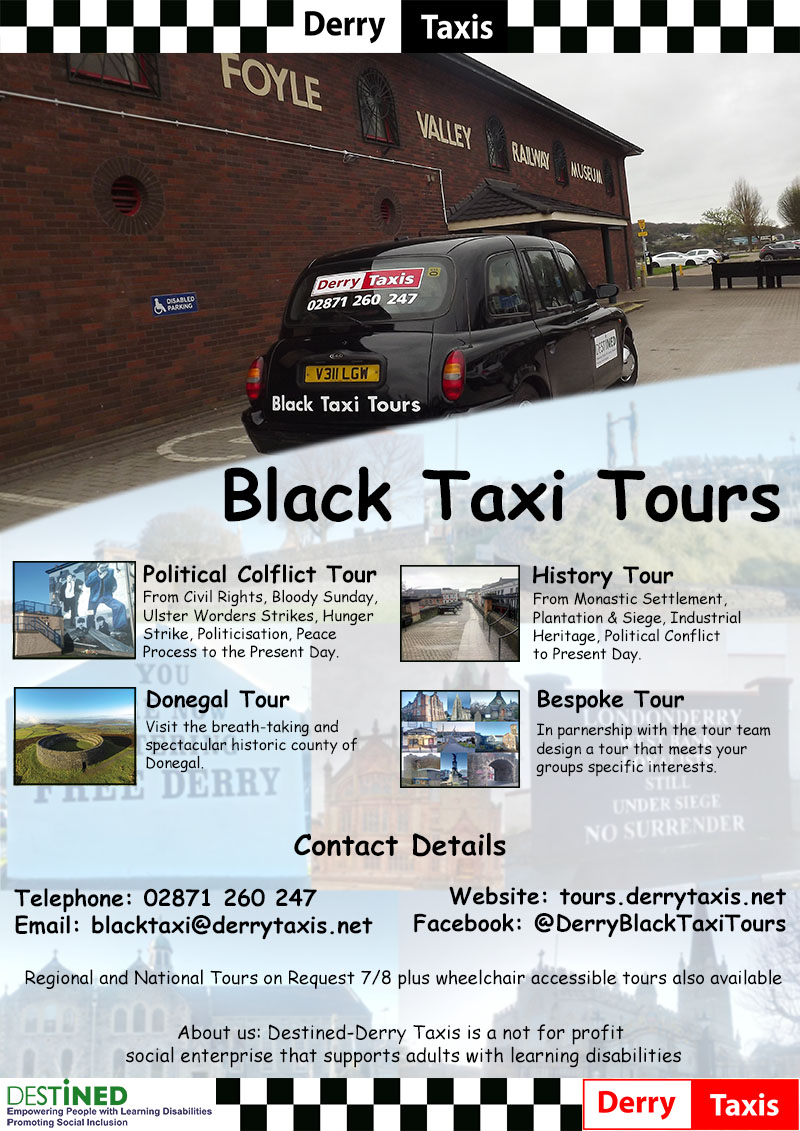 Derry Black Taxi Tours are the only company that offers Taxi-Tours in the iconic Black Taxi within the North West of Ireland. Travel in time through the history of our unique city from Monastic Settlement, Plantation, Siege to the 21 st Century. All Tours facilitated by experienced Guides.

Derry Black Taxi Tours is provided by Destined-Derry Taxis, a not for profit social enterprise. Destined [www.destined.ie] is one of the city's leading charities that supports and empowers Adults with Learning Difficulties.

Derry Taxis is one of the oldest taxi firms in the city and now works in parnership with a local learning disability charity Destined.
Foyle Valley Railway Museum 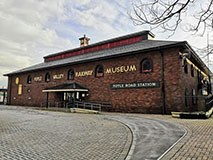 Foyle Valley Railway Museum is a museum that was open by local council in 1990 on the site of the former GNR Ireland Foyle Road station. The museum was closed in 2002 but in August 2016 it was taken over by local learning disability charity Destined, who have plans to fully reopen the museum to the public again.
More Details: Offical Site, Destined